The museum was conceived and founded in 1924 by Eduard Paul Tratz as “New Natural History Museum”. It was originally located in the former Hofstallkaserne, in what is today the Salzburg Festival Hall. In 1936 the museum was renamed “Haus der Natur”

After the annexation of Austria by the Third Reich, the museum was integrated into the SS research organization “Ahnenerbe” (Ancestral Heritage). As the departmental director of “Ahnenerbe,” Tratz identified in many ways with the research aims and projects of the SS science organization. He was particularly responsible for expanding the Haus der Natur along the lines of the ideological premises of the Nazi state.

After the end of the war, the direction of the museum was handed over to Viennese psychologist Maximilian Piperek.

Eduard Paul Tratz was reappointed director of the Haus der Natur in 1949, remaining in this capacity until 1976. Under his administration, the museum moved to its current location in the former Ursulinenkloster in 1959. Tratz, the museum’s founder, died in January 1977.

Eberhard Stüber was appointed the successor of Tratz and directed the museum until 2009. Under his directorship, the museum was expanded, the inner courtyard was renovated, and both the Reptile Zoo (1982) and Aquarium (1983) were opened. In 2007 − after the Salzburg Museum moved to its current location − the spaces that became available in the immediate vicinity of the Haus der Natur were adapted to accommodate an expansion.

In 2009 the Haus der Natur, which had by now been expanded to include a Science Center, special exhibit hall, and collection and function rooms, was reopened as the “Museum of Nature and Technology.” Concurrently with the reopening, Norbert Winding was appointed director at the Haus der Natur. 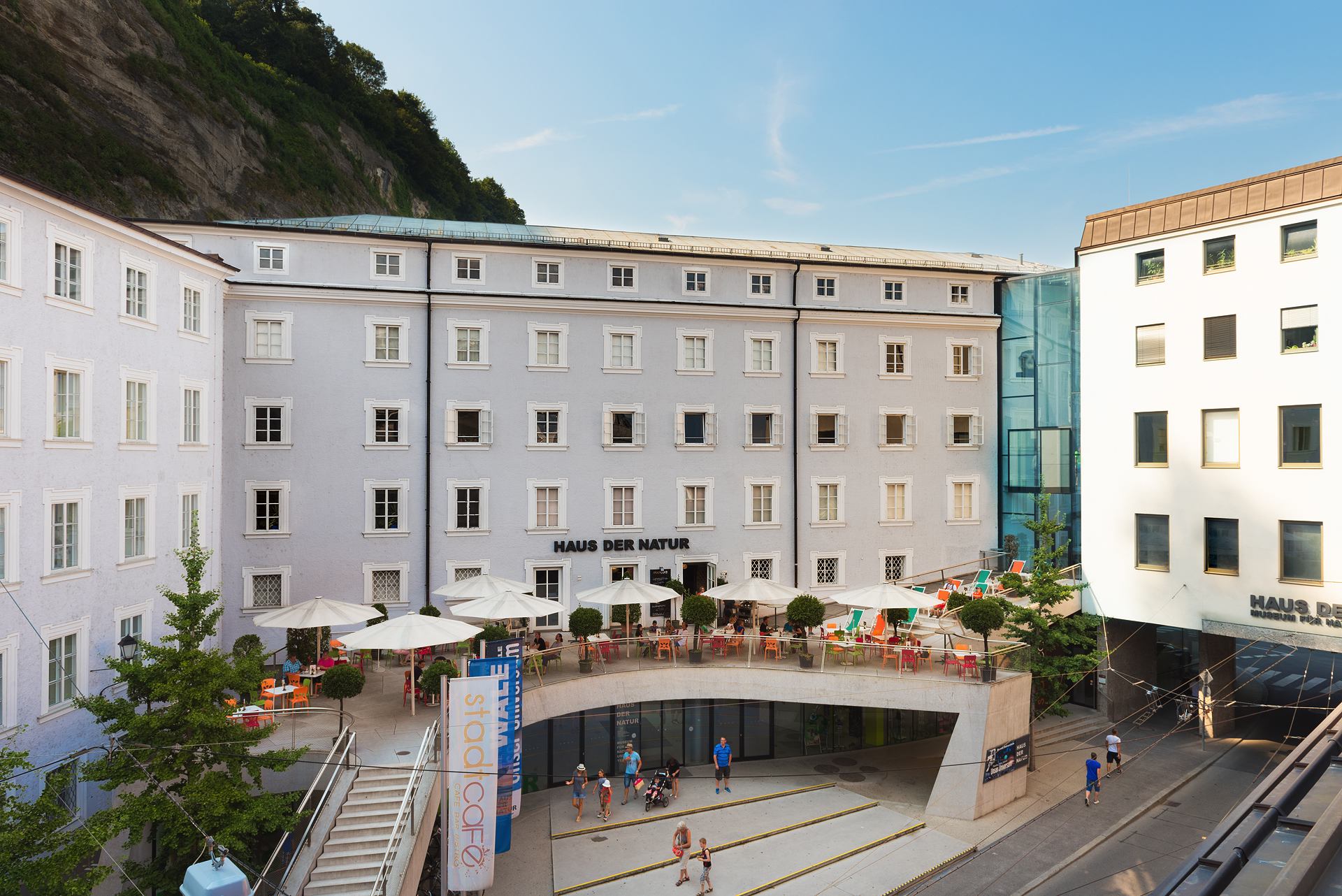